Knowing What Your Client Values Makes You More Valuable

This page contains affiliate links in accordance with our affiliate policy.
☀ Read in Light Mode

You might work a lot in a certain industry, market, or niche, but ultimately no two customers are alike. This is an important thing to remember, especially if you offer ongoing or subscription services with them (like a care plan).

A popular pricing model for care plans is to have 3 packages with varying included tasks and a tiered pricing model. In fact, Google "care plan" and that's what you'll see on just about every one of the results.

That's actually exactly how my care plan was structure until the beginning of this year (more on that later).

I had this realization over the last week or so with a few of my care plan customers. Here's some of the scenarios that popped up, how I handled them, and then at the end of the article I'll explain why this was such a big eye opener for me.

CLIENT A.
This client runs a non-profit in my local community. I just rebuilt their website and on-boarded them to my care plan about 5 months ago. They came from one of my competitors, who I get a lot of work from. The common complaint is that the competitor doesn't respond quickly and doesn't always seem interested after the initial build.

The focus of this charity is a week's worth of activities in late April each year. After the events of that week, they start planning for the following year. This means that the amount of support they need is really heavily packed into late March through April. They may send me several requests for small changes per week during this time. After the even is over, however, they may not need me for anything for months.

CLIENT B.
This is a client I built a site for over a year ago. They did not opt-in for a care plan after the build. After 6 months or so I checked in with them and they were actually having some issues doing changes to their site. I quoted them the one-off price for doing the updates he needed. While in the back end of his site I noticed he had not been updating plugins, doing any backups, etc. I brought this to his attention and explained (again) the benefits of a care plan— also telling him that it would have been about half the cost to do the current changes under a care plan than he was paying for the one-off price.

He signed up for a care plan, and I put the money he had paid for the one-off changes towards his plan.

Since then he has been so much better about keeping the content of his site updated... through my help. See, before he had a care plan he wasn't updating his site because it stressed him out too much and he was afraid of breaking it.

CLIENT C.
This client owns a screen printing shop that i used to get some of my apparel done. When I was ordering my shirts I mentioned that I could help him get his website up to date with modern technology. He agreed, and traded out a portion of our business. He already had hosting in place and said he could handle the maintenance of the website on his own.

Fast forward a year of not hearing from him and all of a sudden I get a voicemail, a text message, and an email all within 10 minutes from the guy. His site had been hacked and was redirecting to a pharmaceutical site.

I logged into the back end of his website and found nothing had been touched since I built the site. The only option I had was to take the backup I had made of the website when I first built it and restore from that.

While that did the trick, it's hardly a good system... and he ended up spending about $500 for all the troubleshooting and work.

We had a little chat about the maintenance and upkeep he would need to do in order to prevent this from happening again... OR he could get setup with a care plan. A care plan would mean that if this were to happen again I would take care of it immediately with no additional charge.

This morning as I setup a new recurring invoice (my favorite kind of invoice!) for a client and responded to an AMAZING "thank you" email from Client A it really hit me.

What I am to all of these companies is something really different— and a off-the-shelf package wouldn't highlight that.

For Client A, they needed someone willing to get in the trenches with them 1 month out of the year— even if it meant going over on the allotted amount of work.

For Client B, what he needed was an easy way to keep his website fresh without the stress of having to learn WordPress.

For Client C, he needed peace of mind knowing that his website would be taken care of and he wouldn't have to deal with clients calling him telling him his website has an issue.

This really gets back to the focus of understanding what you are to your clients and WHY they hired you in the first place. If you understand this, selling a care plan becomes much easier.

I don't mind a month of extra work for Client A, because I know I'll have 11 months of quiet from them too.

I don't mind doing super remedial tasks for client B even though there are things that might be a better use of my talents.

I don't mind guaranteeing a site is online and working properly for Client C, because I feel confident that my "stack" means that the chance of disruption is low.

But if I had tried to sell Client C on a the benefit of content updates, he would have never bought. If I would have told Client A that he hit his task limit for April or told him it would be weeks until I could complete his request I wouldn't have been the answer he needed.

How I've structured my care plans (and the results it's delivered).

Back in January of this year I did a complete overhaul to my Care Plan page (one that I partially documented in the group). I got rid of all of the pre-made packages and focused every bit of the copy on trying to speak to highlighting the benefits of signing up.

And I specifically do not give them a price for their plan or packages to choose from. Instead, if the copy on the page calls them to action in signing up the form simply says "Starting at $100".

I've had some fellow web devs push back on this idea. If the client is ready to sign up right then and there, why stop them?

It's because I want to know exactly what their needs are. 9 times out of 10 I tell them "No problem, this would fall under the $100 minimum" (which is essentially what my "middle plan" was when I had their tier system).

What's even better is that this new page has improved my already decent signup rate. Since January all but one of my new clients have signed up for a care plan, and 3 "old" clients have come back for them (including Client B and Client C).

The reason I believe the conversion rates have improved so drastically is because I stopped trying to shove them, their business, and their website into a "box". Honestly, what most of them want is less work than what I would have offered them, but I'm able to charge more— because I'm speaking directly to their needs.

It all happens on a simple phone call or email string. Find out what their needs are, in their words, rather than making them choose a packages that's filled with (lets be honest) a bunch of features they don't understand.

Or "I really need to update my site but I'm scared I'll mess it up."

Or "Well, we only really need help one month of the year, but it will be a lot".

When I can get a clear picture of this "why" it's a lot easier to 'design' a package that sounds like EXACTLY what they need. Typically everyone gets the same combination of things, but where I focus might be completely different.

None of our clients are alike. And while I don't want 100 custom plans, I am willing to be flexible to help deliver my clients with the service that means the most to them. In the end it's improved conversions, reduced my workload, increased my prices, and (most importantly) made my clients realize I'm there for them and I understand what they need.

I got some initial feedback to this article that people we're having a little trouble wrapping their head around and I wanted to explain a little further.

The question was "How do you then design a package for them?"

What I don't know I did a clear enough job explaining is that 9 times out of 10 I'm not changing a DAMN THING in my package. Client A, B, & C are all getting the same set of "things"... what's different is how I talk to them about it. For Client A it's the flexibility of schedule on when I do updates. For Client B it's the ability to update his website without ever touching it. For Client C it's knowing his website will not go down.

All of these things were already covered in any package I had. That's not the point. The point is customer's likely don't care OR understand what your bullet pointed list of features are. They likely care about 1 or possibly 2 things that tip the scales for them. When you know what those things are, it makes it REALLY easy to sell. 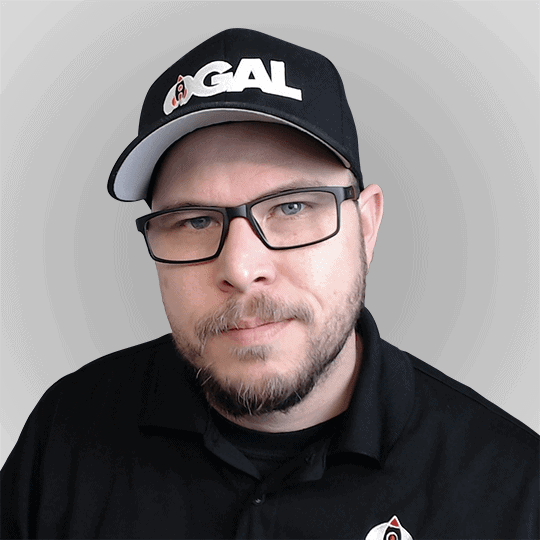 Kyle is co-host of The Admin Bar and owns and operates OGAL Web Design, a small agency just outside of Fort Worth, Texas.

Enjoy this? Become an Official Barfly!

Everything you could possibly want to know about The Website Owner's Manual
Kyle Van Deusen
Jan 07, 2022
Processes

The Admin Bar Facebook group is at the heart of what we do. Join in on the daily conversation and get involved.
Join the Community